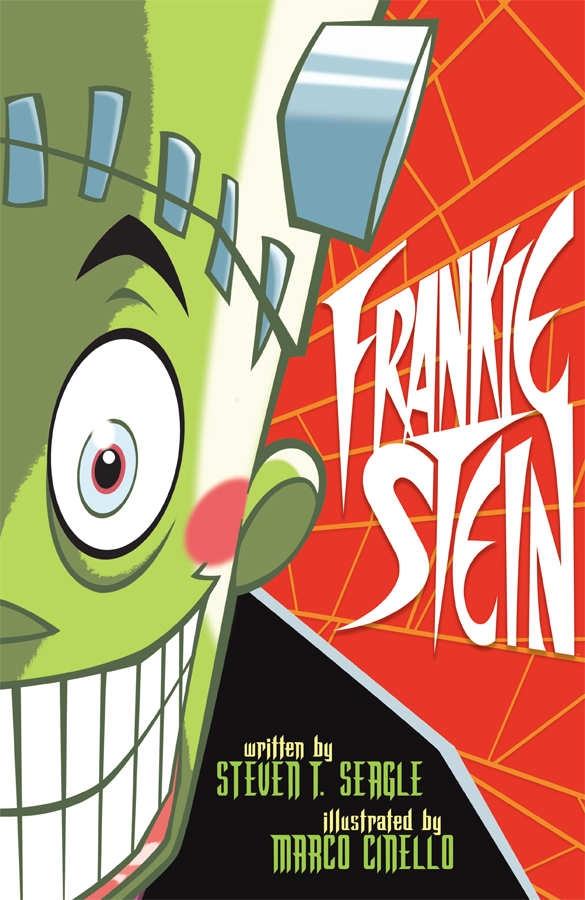 Frankie has lived in Castle Stein his whole life; never going beyond its moss-covered walls. But that’s fine by him, because according to his father, scientific genius Dr. Stanley Stein, “monsters” live beyond the mote. Frankie has always feared these creatures, but on his birthday – October 31st – fear turns into something else… curiosity. Armed with nothing but the bolts on his neck, Frankie heads out on Halloween night to see just how many monsters there really are in the world outside his windows.