When MOAs Steve Seagle and Duncan Rouleau created Big Hero 6 for their Marvel Comic Alpha Flight, they named them, gave them unique powers, and drew them up. These never-before-seen character design sketches show the very first versions of the already classic characters. Up next: Honey Lemon! 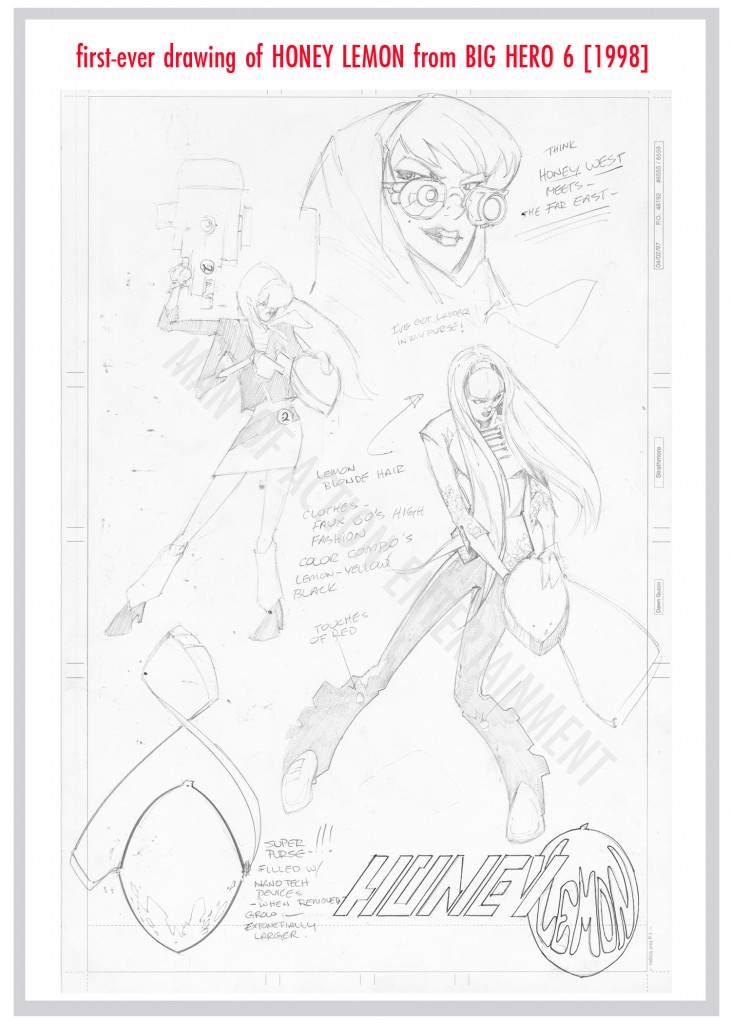 STEVE: “Honey Lemon, in our original conception, had a purse from which she could pull any object on the planet – even stuff way bigger than the purse!”

DUNCAN: “Honey Lemon was the most fashion savvy of our original team. Since her powers were contained in a super-powered purse, I wanted her to have a cutting-edge wardrobe to match.”