When MOAs Steve Seagle and Duncan Rouleau created Big Hero 6 for their Marvel Comic Alpha Flight, they named them, gave them unique powers, and drew them up. These never-before-seen character design sketches show the very first versions of the already classic characters. Up next: Gogo Tamago! 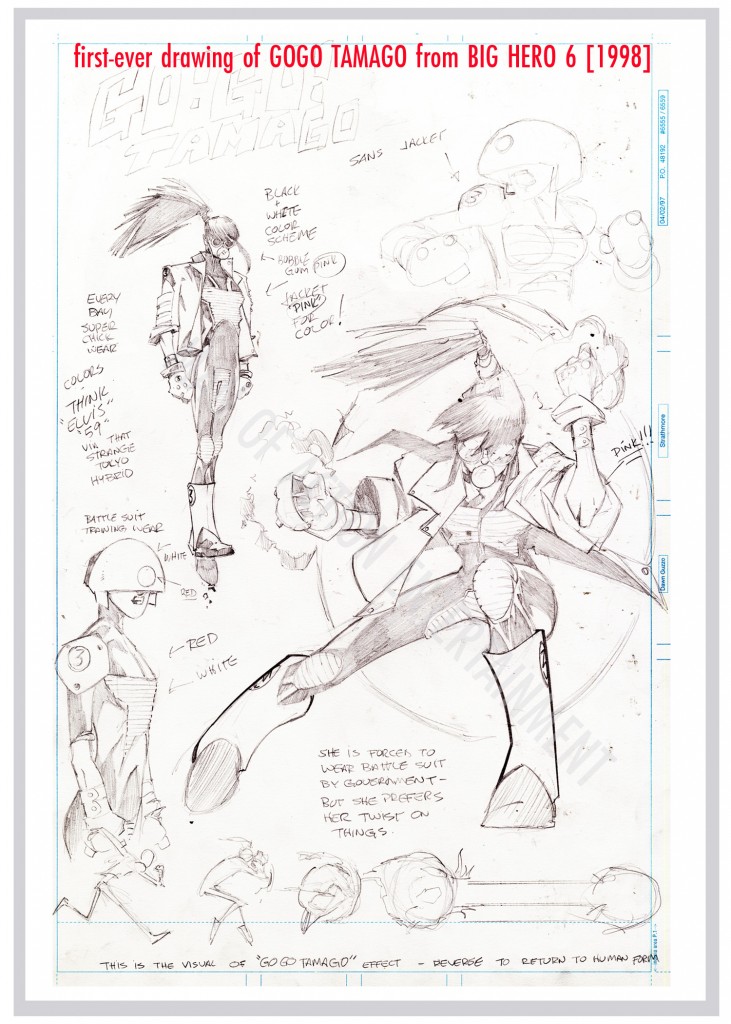 DUNCAN: “We gave Gogo Tamago a suit that literally allowed her to curl herself up into a ball and hurl herself into things. In some ways she was the most powerful force on the team.”

STEVE: “Gogo was the least open member of our team, and since she was closed off and grumpy as a person, it made sense to give her a look and powers that closed her off from the world as well.”