When MOAs Steve Seagle and Duncan Rouleau created Big Hero 6 for their Marvel Comic Alpha Flight, they named them, gave them unique powers, and drew them up. These never-before-seen character design sketches show the very first versions of the already classic characters. Up next: Baymax in Giant Monster Mode! 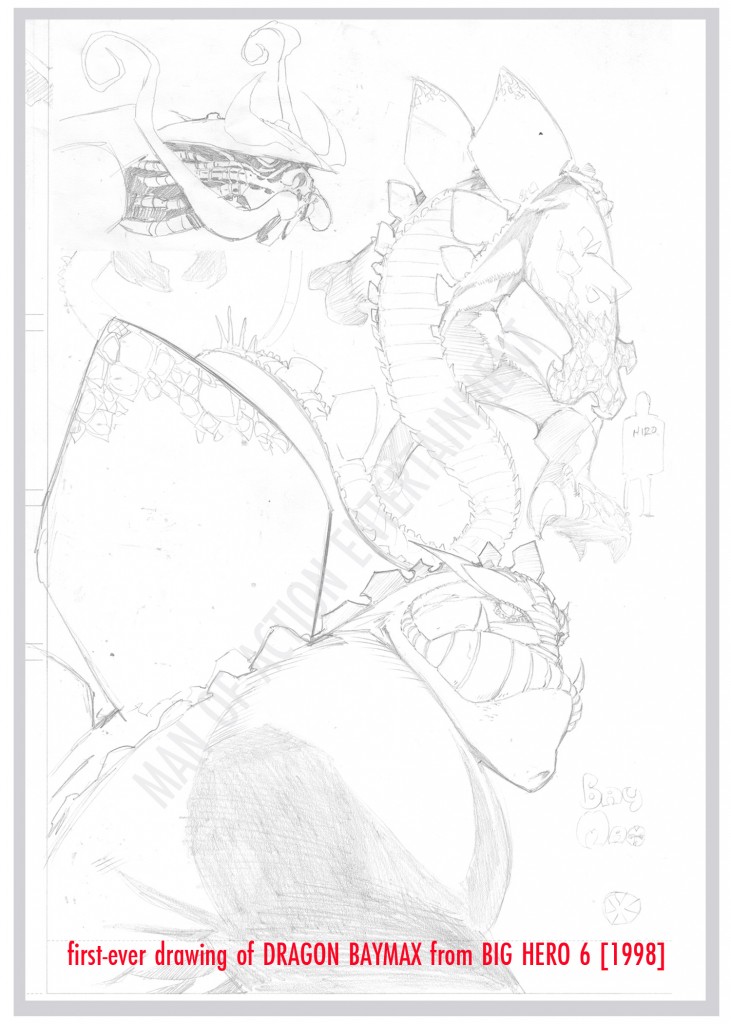 STEVE: “When we were designing the original Baymax robot, we both lived right by JPL and transformation was being discussed in relation to the Mars rover, so we thought Baymax should have the ability to grow/transform into other forms.”

DUNCAN: “No Japan homage super-team should be without its own giant monster. While Fred came from a later version of the team courtesy of Claremont and Nakayama, originally that role was played by Baymax who could transform himself into a dragon-like mode.”