When MOAs Steve Seagle and Duncan Rouleau created Big Hero 6 for their Marvel Comic Alpha Flight, they named them, gave them unique powers, and drew them up. These never-before-seen character design sketches show the very first versions of the already classic characters. Up next: Baymax in his original caretaker role as HIro’s butler and Hiro in a classic spy look! 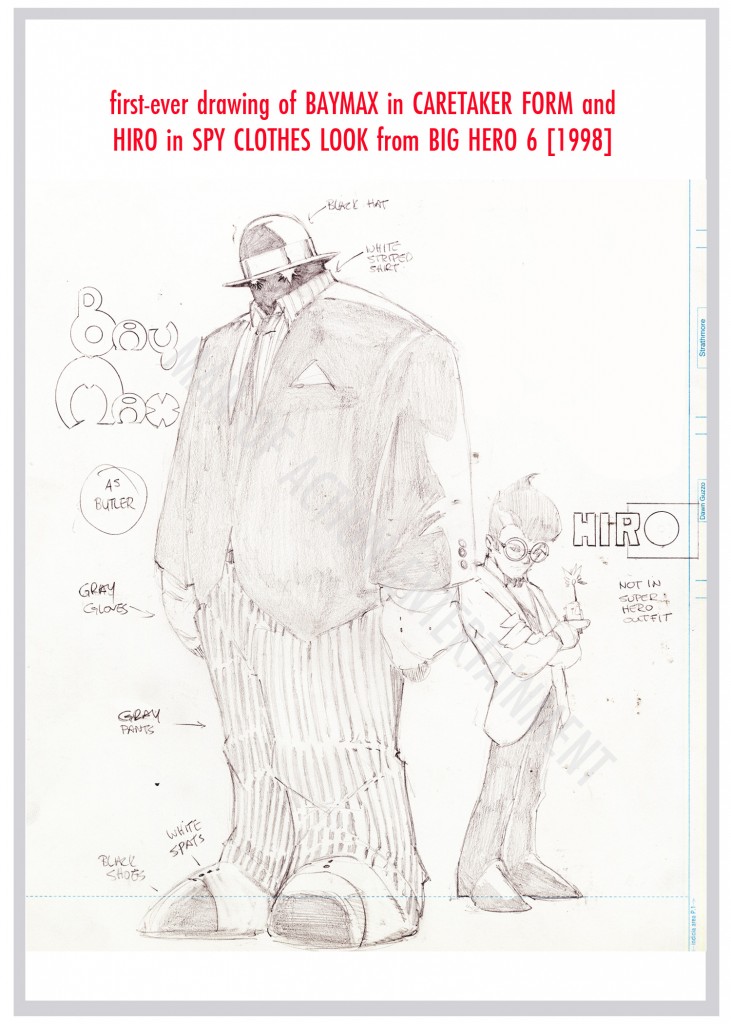 STEVE: “In the original BH6, Hiro built Baymax to take the place of his deceased father, and I thought it was hilarious that Duncan designed Baymax in this look to be just as huge as he was in his Armor mode.”

DUNCAN: “In their debut story in the comics, we imagined Hiro had already been a hero and an agent for a while, so it made sense to give him a sleek “junior James Bond” look.”